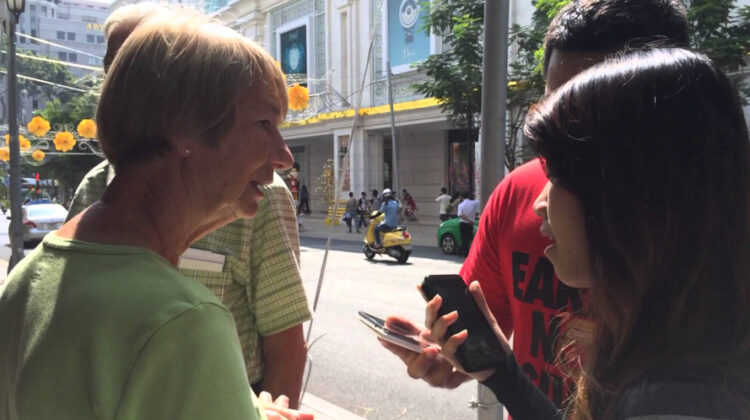 After you have had a good foundation of how to write Vietnamese, it’s time we learn how to speak Vietnamese. The ability to speak even just a few simple words and sentences in the target language quite often arouse a very special feeling!

We must speak with all the humility that is appropriate to our limited vision, but we must speak.” — Martin Luther King Jr.

As we have learned in the lesson on writing, Vietnamese is a tonal language (i.e., with accent marks/diacritics) with some vowels that don’t appear in the English alphabet (e.g. ă, ơ, ê). As such getting the hang of Vietnamese words’ pronunciations is understandably not easy. The key to tackle this difficulty is however still the same as acquiring any difficult knowledge: understanding the basics to get started, then keep listening till you get familiar with the sounds. The wisdom practice makes perfect rings true here.

Let’s start with the vowels.

The following table list the vowels, their IPA phonetic symbols and the equivalent sounds in English. If you’re unfamiliar with IPA symbols, it’s simply a conventional mapping from symbols to actual sounds so that once you’ve learned the mapping, you would know the correct pronunciation by just looking at the phonetic symbols, which are available in dictionary entries. You can just ignore the IPA symbols if you want to.

The 4 asterisks indicate that the examples are not close enough because there isn’t any close sound in English for those cases. In order to overcome this unfamiliarity, you may want to listen to native speakers and record the sounds in your mind. Please watch the video [1] below for native pronunciation of vowels in the above table.

The vowel clusters, as we’ve mentioned in the lesson on writing, are pronounced quite differently from their constituent vowels. As such, learning to pronounce the vowel clusters is more difficult. I’d suggest you learn them only after having mastered the sounds of vowels. Once you are there, you can check out the Wiki page for the IPA symbols of some of the common clusters [2].

The following table provides info about all the 17 consonants and 11 consonant clusters in Vietnamese (ten 2-letter and one 3-letter clusters).

Pronunciation of consonants and consonant clusters

The table shows that in contrast to the vowels’ sounds, the pronunciations of all consonants and many consonant clusters have close equivalents in English, with the only exceptions of ch, kh and nh, which are annotated with asterisks. In this table, pronunciations of the northern, central and southern regions are also provided where they differ. This information is mainly for your reference and is not meant to cause further confusion. Unless you already have in mind a target region of Vietnam for use, you can simply stick with the northern pronunciation as it’s considered the “standard”. Please watch the video [3] below for native pronunciation of consonants and consonant clusters mentioned in the above table.

The six tones in Vietnamese, their corresponding diacritics and pronunciations are summarised in the following table:

Probably the easiest tone is the level tone. Start at the middle pitch and remain there for the period of pronunciation.

The other tones that are also quite clear in pronunciation are the sharp(with accute accent), the hanging (with grave) and the heavy tone. All of them have monotonous direction in pitch: either rising or falling. The first twos have gradual change while the last has a rather sharp falling.

The asking (with hook) and tumbling (with tilde) are probably the more difficult tones. The asking tone starts at the middle, falling quickly and staying there for a while before rising back to the middle pitch. If pronounced quickly, the asking tone is sometimes confused with the sharp tone as the initial falling and staying at the bottom are not recognised by learners because of the fast pronunciation speed. The tumbling tone starts with a quick rising, followed by a longer period of small falling, then ending with a quick rising.

Pronunciation of the Vietnamese Alphabet

Now that we’ve learned the pronunciations of the basic components, let’s move on to discuss how you can learn to pronounce correctly a new Vietnamese word.

By rights, if there is already a standardized set of phonetics symbols (such as the IPA), there wouldn’t be any problems: when you learn new word, you’ll look them up in dictionaries where you can also find their IPAs and, given your knowledge of the IPA system, there you go.

The practical problem here is that existing (online and paper) Vietnamese dictionaries haven’t supported the IPA symbols yet. As a comparison, in English, if one looks up, for example, the word courage, they’d see right below it the IPA /ˈkɜːrɪdʒ/ for American English. This enables independent learners to pronounce the word correctly.

On the other hand, the good news is that some online Vietnamese dictionaries do provide pronunciations of words in sound. So, you would just have to listen to the provided sounds until you feel sure.